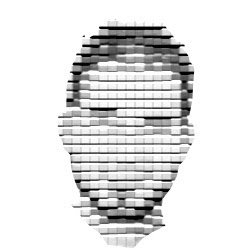 Ulises Navarro Aguiar is a postdoctoral researcher at HDK-Valand, Academy of Art and Design and a research fellow at Origens Media Lab. He received his PhD from the School of Business, Economics and Law at the University of Gothenburg in 2017. As the recipient of a Marie Skłodowska-Curie fellowship, he carried out his doctoral research within Volvo Group as part of his involvement with DESMA.

Ulises is holder of a Bachelor’s degree in Industrial Design from Tecnológico de Monterrey in Mexico, and a Master’s degree in Design Management from a joint programme between the University of Salford in the UK and KEDGE Design School in France. Before turning to research, he worked as a service designer with Nekoé (now Aktan), a service innovation studio located in Orléans, France. Previously, in Mexico, he collaborated with the Switzerland-based CEMEX Research Group in projects related to serious games and innovation.

Broadly speaking, Ulises’s work is informed by developments in social theory and combines aspects of organization studies and design studies. His current research focuses on new forms of designing in the digital economy, drawing on approaches inspired by pragmatism and (post-)actor-network theory. Alongside his research work, he has conducted workshops and delivered lectures/talks at a number of institutions including IT University of Copenhagen, ESC Clermont, CENTRO, CEDIM, Tecnológico de Monterrey, and Strate School of Design.

Interesting piece on 'digital immortality' and the nascent industry around it. https://t.co/HHuACBfKGg
- Friday Jan 15 - 9:49am

@AimeTim Certain parts were included in 'On Meaning: Selected Writings in Semiotic Theory' (1987) published by the… https://t.co/mt0nkGbZBT
- Sunday Jan 3 - 10:42pm